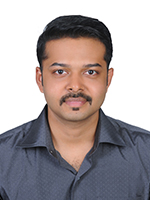 PRS Builders with its headquarters in Thiruvananthapuram, Kerala, is a leading construction company, founded by the far- sighted visionary Late P. Ratnaswamy.

For four generations, we have been providing distinctive and acclaimed construction services for our clients and the community that has stood the test of time. The civil engineering and construction tradition of PRS family dates back to 1933 when late Sri S. Perumal Pillai, father of Sri. P Ratnaswamy was awarded the construction contract of the Legislative Assembly Hall of the then Travancore State by the then Maharaja of Travancore. The prestigious project was inaugurated on 12th Dec 1939 by Sir, C. P Ramaswamy Iyer, the then Dewan of Travancore.

From 1950 to 1990 Late P.Ratnaswamy expanded the activities of PRS Group. He constructed most of the major landmark buildings in Trivandrum, to name a few the South block of Govt. Secretariat, Sri Chitra Thirunal Medical Centre, Reserve Bank of India, Regional Cancer Centre, Co- Bank Towers etc.Later he diversified into Healthcare by starting the PRS Hospital in 1986.

Er.R. Murugan who is currently the Chairman of PRS Group and Managing Partner of PRS Builders, after graduating in Civil Engineering from the College of Engineering, Trivandrum, began his professional career by joining his illustrious father P.Ratnaswamy in construction. He has more than 45 years of experience in the field of construction and real estate development. Under his able leadership, PRS Builders constructed several landmark buildings in the city including Reserve Bank of India Staff quarters, 250 apartments for  Kerala State Housing Board, EMS Academy, C. Achutha Menon Centre, AKG Apartments etc

Er. R. Murugan, with the guidance and blessings of his father, diversified further into other fields like Hospitality, Education and Retail in addition to expanding Healthcare division.

Er. R. Premakumary wife of R. Murugan is the Executive Director of PRS Group and Partner of PRS Builders.She is a graduate in Electrical Engineering from College of Engineering, Trivandrum. She is also actively involved in the business.

Er.Sabari Rathen M. son of R. Murugan is the Executive Director of PRS Group and Partner of PRS Builders. He is a post graduate in Structural Engineering from College of Engineering, Trivandrum. He has more than 10 years of experience in Construction and Real Estate Industry and has also worked as Design Engineer in the R&D wing of Larsen & Toubro Ltd, Chennai. He is an active member of Round Table International, Lions Club, BAI, CREDAI and other similar organisations. He is married to Er.Reenu a post graduate engineer.

The key to our success has been the long established relationship with our customers together with our strong capability in the construction industry. In the last two decades, the company has spread its wings significantly in the areas of Construction, Healthcare, Hospitality, Education and Retail.

PRS Hospital has been at the forefront of providing quality health care services to the people of Kerala ever since its inception in 1986. Accredited by NABH and Certified for ISO 9001-2015 for its excellent services, this multi- disciplinary hospital has 300 beds, over 25 departments, along with other ancillary facilities.

PRS College of Engineering & Technology affiliated to the A.P.J. Abdul Kalam Technological University and approved by AICTE, is one of the leading engineering colleges in the private sector in Kerala. With innovative teaching methodology, proficient faculty and state of the art infrastructure, this ISO 9001-2008 certified college encourages students in arts & sports along with academics.

PRS College of Nursing was established in 2011 under Kerala University of Health Sciences. It is recognised by Indian Nursing Council as well as Kerala Nursing Council.

PRS Retail, the newest entrant into family marks the first foray of the PRS Group into the promising retail sector. The Retail division holds and manages the renowned Tanishq jewellery chain of TATA Group in Trivandrum. In joining hands with a famed conglomerate like TATA, PRS Group has shown its drive to identify emerging opportunities and instinct to venture out into new territories.